The multiple FICO score models vary greatly from the Vantage Score models being offered from online places such as Credit Karma and the like. They not only weigh the information on your report differently but also differ in the scoring scale. For instance, FICO Classic 04 may range from 331 to 843 while Vantage 3.0 ranges from 300 to 850. These are the reasons you get such different scores from different places.

The Vantage credit score is a world apart from the FICO score. Make sure you know their similarities – and most important of all – their differences.
What is VantageScore?

Let’s talk about that first…
In 1958 Fair Isaac Corp. created the first credit score model.
In 1981 they created the first scoring models for credit agencies.
1989 was the year when they launched the first FICO score for general purpose.
In a nutshell, FICO was first. It has been (and still is) the industry leader for credit scoring.
The big 3 credit reporting agencies – Experian, Equifax, and TransUnion – have to pay Fair Isaac to license their proprietary FICO scoring algorithm. And being that FICO is the gold standard for lending/credit decisions, it’s not like they had a lot of choices… pay FICO or else.
So the 3 credit agencies decided to get together and create their own credit score model, the VantageScore, without the help of Fair Isaac:
In March of 2006 the first version was launched. The VantageScore range is 501 to 990 (versus FICO’s 300 to 850).
In October 2010 the second version – 2.0 – was launched. It still runs on the same score range, but (according to them) it offers “improved predictive performance.”
So this score hasn’t even been around a decade yet and thus far, lenders have failed to adapt it on a wide scale. To put things in perspective, according to FICO’s website, their scoring models are used by more than 90% of the largest lenders.

That, my friend, is a good question because it’s hard to answer!
In 2006 Fair Isaac Corp. filed suit against VantageScore Solutions, LLC alleging that they were trying to drive Fair Isaac out of the credit scoring industry. Within the 52-page court order, it’s claimed that VantageScore’s market share was only 5.7%.
In the years since it has gone up but by how much, it’s anyone’s guess. In 2011, Craig Focardi of TowerGroup (financial research and advisory services firm) said on CreditCards.com that he believes it has less than a 10% market share.
Of course VantageScore, on the other hand, tries to paint a rosier picture in their press releases and the like, saying that it is used by:
4 of the 5 major financial institutions
5 top credit card issuers
2 of the top 5 auto lenders
1 of the top 5 mortgage lenders
I am not disputing that information is true, but my question is this: How often are the 4 of the top 5 major financial institutions using VantageScore vs. FICO? I believe that would give us a clearer picture as to who uses Vantage credit scores.

Here’s a review of the basic similarities and differences between them:

I already mentioned the different number ranges, but here’s a detailed breakdown for Vantage:

The nice thing about this range is that it’s clean and easier to understand by going on a 501 to 990 scale which corresponds to letter grades (a concept even the novice will grasp).
On the other hand, FICO does not have a neat breakdown like that by category. However for a ballpark comparison, here is what I consider the levels to be on FICO (please note these are my personal opinions only and that’s it):
770 – 850 = Excellent credit.
730 – 769 = Great credit. If you’re in range of this, you probably can get approved for the top cashback and travel reward cards.
700 – 729 = Good credit. This will not be good enough for some of the best credit cards.
640 – 699 = Fair credit. Even if you’re on the upper end of that scale, it might not be good enough to get approved for many credit cards.
581 – 639 = Bad credit. Some unsecured cards (i.e. department store, gas station) might be available to you, but by and large, you might be stuck with secured, too.
300 – 580 = Very bad credit. If you want a credit card, secured will likely be your only option.
My opinions on the FICO score ranges may be more stringent than what you see elsewhere, but that’s because I’m basing it directly on consumer feedback. For example, even though some other people consider a 750 FICO to be “excellent” I don’t feel that’s appropriate when I hear from people with that FICO getting denied for some cards.
In my book, the definition of “excellent” means you should be able to get anything you want and in today’s economy, it takes higher scores than in the past.

The formulas for both FICO and VantageScore are secret, so no one can tell you exactly how they are calculated. However, both companies do provide some basic information as to the general categories and how they affect your score:

For a more detailed explanation of this, check out my post about the highest credit scores.

Aside from the differences in scale, is a Vantage vs. FICO score the same thing? Or is it more of an apples-to-oranges comparison?

From the experiences I have read on the forum and elsewhere, here are some theories I have:
FICO weighs payment history more heavily than Vantage. This probably explains why it seems to be easier (as in, faster achievement) for a high Vantage versus achieving a high FICO.
I have a friend with a nearly 22-year-long credit history, but only one open credit account, and the last activity on that account was 5 years ago. His Vantage? 801 (B). With that same data set, I can’t imagine the FICO model would be so generous in calculating the equivalent of something in their “B” neighborhood. Vantage reportedly gives less weight to current balances, which would explain why someone with a good (but not recently used) credit profile can still rank relatively high.
FICO seems to more heavily favor having a diverse mix of both installment loans and revolving credit (i.e. credit cards). On the other hand, I have seen feedback/reviews from consumers who are only using one or the other but still have a high Vantage.
Vantage seems to take into account your credit limit amounts instead of just the debt to credit ratio (which is how some suspect FICO works). So having high credit limits might help your Vantage.
FICO can be brutal on blemishes. However, under some circumstances, Vantage seems to be more lenient with them, especially if they are not recent.
*Remember the above are theories only and may or may not be true. No one can know since the formulas are secret.

So how do you convert between the two?

Well as mentioned above, even though they’re quite similar, they don’t weigh things the same. Therefore since these are two different algorithms, a VantageScore vs FICO score conversion is not possible!
Now some people say a formula for converting between them is to multiply Vantage by 0.86 (since FICO’s top score of 850 is just about 86% of 990). Or to convert from FICO to Vantage, you multiply by 1.16 (which is 990 divided by 850). Yes, those might give you a ballpark approximation, but more often than not these formulas seem to yield drastically unexpected results.
Bottom line: It’s not like converting Celsius to Fahrenheit. We are talking about different models, each distributing the scores in a different manner. Try the conversion for kicks, but not accuracy.

So what percentage of the population has a given Vantage or FICO?

This was calculated based on information found in this myFICO booklet (PDF) and on Experian’s VantageScore site, thanks to this post.
It may not be an apples-to-apples chart of the score distribution, but it’s probably the closest possible, given that there aren’t any other ranges and percentages which have been publicly released that I am aware of.

How important (or not) is this score to you?

Admittedly, I am pretty tough on criticizing the VantageScore, but the main reason for that is because it’s not widely adopted, yet. I do think there are aspects of it that are better than FICO. For example, it’s easier to understand the number ranges and I think FICO weighs diversity of credit too heavily (hey FICO… not everyone needs installment loans).
However until Vantage is more heavily used, I’m not going to pay much attention to it. Twenty years from now it might very well become the market leader… or not, who knows? But what I do know is that as it presently stands, FICO is by far the #1 player so that’s where my attention and focus will gravitate.

You may also wonder why you get different scores between Experian, Equifax, and TransUnion. That is most easily explained by the fact that not all things report to all 3 credit bureaus. You could have a collection that is only being reported to TransUnion — your TransUnion score in turn would be lower than your Experian and Equifax scores.
For more details on the different bureaus, click HERE.

As Always… In case you haven’t yet, here’s how you get started.

Tap or click here to get your $1 credit report.

We’ll need it to do your credit analysis.

You can cancel it in the first 7 days if you want, but we need this as a first step, in order to help you.

You will get a login and password for IdentityIQ when you set up your $1 trial.

Go to this page on TheCreditMovement.com.

Share your username/password for IdentityIQ in the form on the page.

We are here to help you buy a home. We will introduce you to a lender once you will qualify for the loan you want. 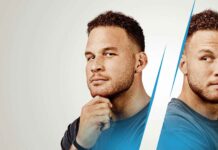 Should You Close Old Credit Accounts? NO! Here Is Why…. 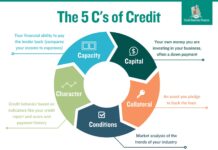 The Components of Your Credit Score

Why are broker scores so different from what I’m seeing?

Looking for a better rate on your mortgage (current or new)? Find out what you qualify for with our Better Rate Quiz!

How To Qualify For A Home Loan

ABOUT US
Give YOURSELF some Credit. Inspirational and Credit Improvement content that will change your life emotionally and financially. Welcome to the Movement!
Contact us: support@thecreditmovement.com
FOLLOW US
© Copyright © The Credit Movement | All Rights Reserved
MORE STORIES

Why are broker scores so different from what I’m seeing?

The Components of Your Credit Score